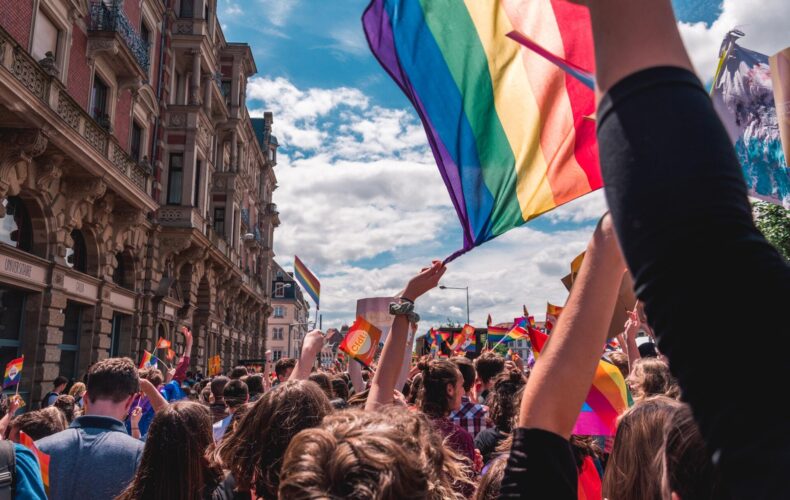 Talking about Pride not in June? Tips to queer inclusion in the workplace

Talking about Pride not in June? Tips to queer inclusion in the workplace

When pride comes along every June, it is a time of celebration and joy, but I know I am not the only queer person who feels frustrated by the amount of rainbow washing companies apply to their campaigns and socials. To cultivate an environment of safety and respect, where queer people can openly live their identity in the workplace all year round, and not just one month of the year, the below tips are easy to implement, but can go a long way.

This may seem basic to some, but you cannot assume that everyone has the same level of understanding. For those who don’t know, the community represented by the LGBTQ+ acronym is generally defined as anyone who identifies as lesbian, gay, bisexual, transgender, queer, intersex, asexual, or other sexual orientations and gender identities. ‘Queer’ is an umbrella term used by many LGBTQ+ people to mean they are not heterosexual or cisgender. It was originally a slur, which meant ‘odd’ or ‘strange’, but it has since been reclaimed.

In general, our society recognises just two genders, male and female, and tends to tie gender identity to biological sex. The idea that there are only two genders is referred to as a “gender binary,” binary meaning “two parts”. “Non-binary” is a term people use to describe genders that don’t fall into the two categories male or female. Being nonbinary is not a ‘fad’. The idea that people do not identify strictly as male or female has existed for centuries. ‘Cisgender’ describes a person whose gender identity is the same as their sex assigned at birth.

Of course, people can ask their colleagues for their perspectives, but queer people are not here to educate you. Learning about the LGBTQ+ community needs to come off your own back. Learning about a community you are not familiar with will mean you won’t recognise terms, or understand things, and that’s ok. Books, YouTube videos, and even Netflix shows are great resources to better understand the complexity of LGBTQ+ peoples’ lives.

When creating campaigns around pride, naturally the perspective of queer teammates is beneficial, but do not place an expectation that they will be the source of all ideas because of their identity.

If you’ve not already guessed it, language is key for including LGBTQ+ people. You should not make assumptions about how your colleagues identify themselves. By gendering someone as he/him or she/her based on their biological sex, you risk excluding someone without even realizing it. When addressing team members whose gender identities you don’t know for sure, use they/them pronouns and to find out, simply ask them, “hey, what pronouns do you use?”.

In emails or on slack, openings such as “hey all, folks, team, friends, everybody, everyone” are great, genderless phrases. Something as small as putting your pronouns in your email signature and social media profiles makes your allyship visible. It signals to trans and non-binary colleagues that you understand that pronouns are not a given. Of course, not everyone will feel comfortable stating their pronouns in their correspondence, and that’s ok too!

Most of the time, when a colleague misgenders someone or says something ignorant, it’s exactly that, ignorance. It doesn’t come from a place of mal intent, it’s usually because they are unfamiliar with these issues or don’t have many queer people in their lives. Having open, honest and non-judgmental conversations about what we don’t know, will allow us to identify what knowledge gaps there are on the team and what training needs to be provided to get everyone on the same page.

It takes continuous effort and a desire to learn in order to create a culture of inclusivity in your workplace. When pride comes in June, get involved, but ask yourself why you’re doing it and how you will continue your allyship beyond July 1st.