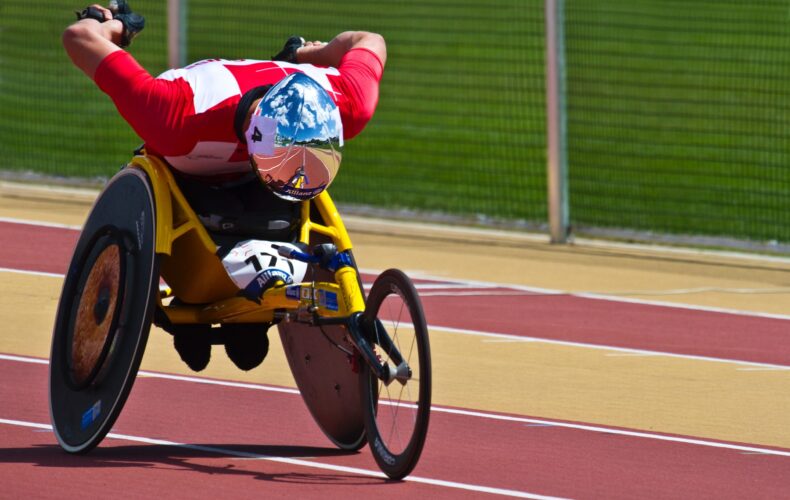 Bandabi, the official mascot of the Pyeongchang Winter Paralympics, is an Asiatic Black Bear symbolising courage. At first, Bandabi would seem to have nothing at all in common with the American wrestler turned actor, Mr T, famed for his role in the TV series the A-Team. However, both are sending a message to the Games’ audiences about the strength of character that overrides any physical limitations for Paralympic athletes. Mr T supported the curling events at the February Winter Olympics by tweeting about his newfound admiration for the sport in his trademark style “Curling is cool fool.” Now he has won the hearts of many involved in the Paralympics by tweeting “I said it before and I’ll say it again.. curling is cool fool! But wheelchairs curling, more cooler!”

Mr T has gone on to reveal that he is so inspired by the Paralympic athletes he would ‘pity himself’ for ever complaining again, knowing what he does about them. But what do we know about the UK’s Paralympic snowsport athletes? Well, four years ago in Sochi, the Paralympics GB team enjoyed the most successful Games of modern times, winning six medals, and the target medal haul for Pyeongchang is seven medals.

Team GB comprises of five wheelchair curlers, Scott Meenagh competing in both biathlon and cross-country, six para-skiers and three para-snowboarders. Clearly we have a team with great courage – imagine hurtling down the mountain side at speed with spinal injuries, cerebral palsy, amputation or visual impairment or snowboarding by navigating jumps, banks and turns with upper or lower limb impairments? That’s fearless in my book!

So far, Meena Fitzpatrick and her guide Jen Kehoe have scooped silver for GB in the women’s giant slalom visually impaired and have also claimed another silver in the women’s super-combined event, both on day one. The pair later took Bronze in the women’s Super G visually impaired on day two. In that same event, Millie Knight and her guide Brett Wild took the silver medal. Both ladies have less than 5% vision and so put complete trust in their guide to provide audible communication as they race, usually by Bluetooth.

Four medals so far, and so much still to come. I’m literally gripped as I watch all the competitions, where the hopes and dreams of the participants go hand in hand with their fearless focus.

As Mr T himself says #PityTheFoolwhodontwatchtheParalympics

Here at Muckle Media we pride ourselves on our fearless approach to communication that matters – we’re behind all the fearless competitors at PyeongChang Paralympics. #FearlessForMedals