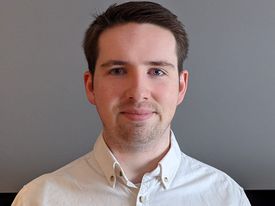 Bobby recently graduated with a BA (Hons) degree in Media and Communications which has fuelled his passion for a career in PR. Bobby has worked on a number of PR campaigns during his time at college, most notably running the Scottish Student Journalism Awards 2018.

Bobby spent three summers living in America at a summer camp from the ages 10-12 and is a proud dad to one Russian Dwarf hamster called Scamp, and two dogs named Ollie and Shadow.