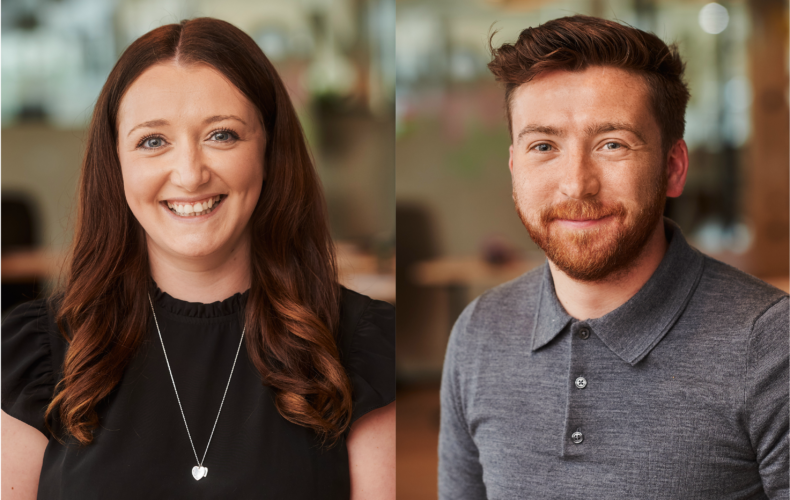 We are pleased to announced the promotion of current employees, Linsay Brown and Chris Batchelor, to Director, following a period of continued growth. The two will work closely with agency founder, Nathalie Agnew, across client servicing, new business and agency culture.

Linsay Brown joined the agency as an Account Director in 2018, leading on consumer PR accounts including Thistles shopping centre and Gordon & MacPhail. Linsay has been heavily involved in growing the team, with a focus on embedding a positive culture and supporting employee wellbeing, and delivered the successful Returners to Communications programme earlier this year.

After joining Muckle Media in February this year from London-based agency Pretty Green, Chris Batchelor has supported the agency’s new business with several high-profile client wins throughout the year, alongside overseeing a successful brand refresh and relaunch.

Commenting on the changes to the team’s structure, Muckle Media Founder Nathalie Agnew, said: “Chris and Linsay have both played a key role in Muckle Media’s success over the past twelve months, so deserve this recognition and promotion. As we work towards further exciting growth plans I look forward to working alongside Chris and Linsay in their expanded remits.”

Linsay Brown, commented: “Over the last few years the agency has grown rapidly and it has been fantastic to be part of the team behind this. We’ve brought on new team members, won a wealth of new business and focused our efforts on making Muckle Media one of the best communications agencies to work for and with. We have big aspirations for the agency and our team, and I look forward to working with Nathalie and Chris to bring these to fruition.”

Chris Batchelor added: “After moving to Edinburgh earlier in the year after nearly 10 years working at a number of agencies in London, Muckle Media couldn’t have made the switch easier. Not only do we have a talented and supportive team, but we are also delivering high quality work which is reflected in our growth. I’m excited to see what the future holds for Muckle Media as we continue to push ourselves to deliver for both existing and future clients.”