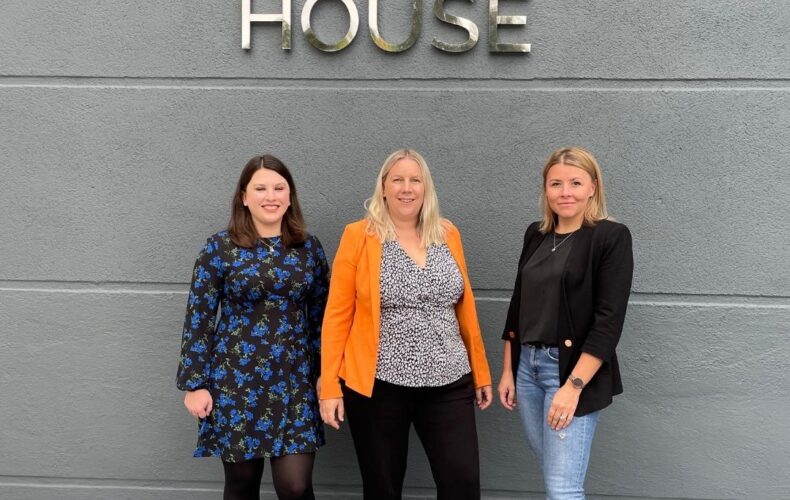 Jess and Claire will work closely with Muckle Media’s wider Scottish management team to grow the agency’s client base in Aberdeen. Alongside launching into a new city, Muckle Media is also launching two new offerings, with the creation of a design studio led by Claire Emslie and a new practice dedicated to COP26 communications in the run up and following COP26 in Glasgow.

Jess Murphy joins the agency from her recent role as PR and communications manager at Aberdeen Inspired, the city centre business improvement district (BID), prior to this Jess worked in various PR agencies and also as a reporter at the Press & Journal.

Claire Emslie joins the agency from being a self-employed creative running her own online design business. Prior to this Claire worked as a communications coordinator for drilling and engineering contractor KCA DEUTAG.

The new Aberdeen office will complement Muckle Media’s other offices in Edinburgh, Glasgow and Inverness, which serve public, private and third sector brands in the UK and overseas with creative PR services.

Jess sees a great opportunity for Muckle Media in the Granite City as the North East economy bounces back, she said: “I am delighted to be joining Muckle Media during a hugely exciting period of growth. I’ve been following the company for a number of years and admired their creative campaigns, ambition and team ethos.

“As the North East continues to work through the recovery phase, promoting your business and its offering in the right way has never been more important and Muckle is well placed to deliver that. It’s a brilliant time to join the team and I’m looking forward to helping build up the Aberdeen base.”

Claire is excited by the prospects of continuing to build out Muckle Media’s capacities as a full-service communications agency with a design offering. She added:

“I am looking forward to being part of this significant growth period for Muckle Media as it expands into Aberdeen. I believe clear communications, supported by strong visual elements helps organisations stand out and reach their potential, so I’m thrilled to take on the challenge of launching a new design offering, and developing the studio to build out the capacities in this area.”

The new office has already opened and Muckle Media is actively recruiting additional communications specialist colleagues in Aberdeen and across wider Scotland. To find out more visit www.mucklemedia.co.uk. The COP26 team can be contacted at cop26@mucklemedia.co.uk