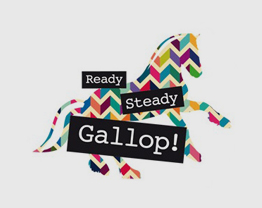 Muckle Media was appointed to undertake a PR and social media campaign to generate a buzz and increase sponsorship opportunities for Ready Steady Gallop; a public art event organised by Hamilton Business Improvement District (BID), in association with Wild in Art to raise funds for the Kilbryde Hospice. The event saw 25 life size fiberglass Clydesdale horse sculptures and 30 of their ‘foals’, which were designed and painted by artists and local schools, displayed throughout the town of Hamilton before being auctioned off for charity.

The PR campaign for Ready Steady Gallop was created to engage the local community and encourage businesses to sponsor the horses. In addition to PR around the launch of the event, a call for sponsors and promoting use of a mobile app, Muckle Media launched #thehorse competition to run alongside a new series of The Voice on BBC One. The competition was promoted on Ready Steady Gallop’s social media pages and asked followers to suggest names for one of the 25 horses.

Muckle Media also assisted with crisis communications when one horse sculpture was vandalised and when another sculpture was stolen. Following the horse Angus Chan being stolen, Muckle Media launched a #FindAngus campaign on social media. Followers were encouraged to tweet and share any information on Angus’ whereabouts using the hashtag. The campaign generated a huge amount of support from the public and ultimately led to Angus being found and returned to the art trail.

Other social media activity included a #RSGselfie competition, asking users to take selfies with the horses and share online to be in with a chance of winning prizes.