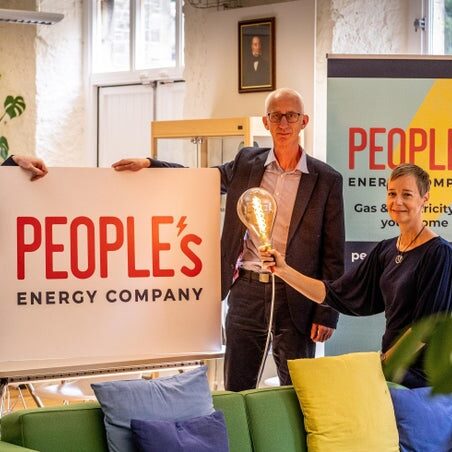 People’s Energy was set up by Scottish couple David Pike and Karin Sode who wanted help to start a new, transparent energy company through crowdfunding.​

Muckle Media was appointed with the brief of securing a minimum of £370,000 in pledges from as many consumers as possible.

With a limited budget and against a backdrop of low media interest in crowdfunding campaigns, the Muckle team had to deliver hard-hitting coverage that not only told David and Karin’s story as the couple taking on the big six energy firms but prompted consumer action.

Muckle Media created a strong narrative and a compelling case for consumers to take action by developing emotive human interest angles that would set the news agenda and drive consumer action. This included:​

In line with initial objectives over £450,000 of crowdfunding has now been secured providing a return of investment of £43:£1. Nearly 2,000 individuals have contributed to People’s Energy crowdfunding and Muckle Media achieved 230 individual news items with a reach in excess of 30 million​