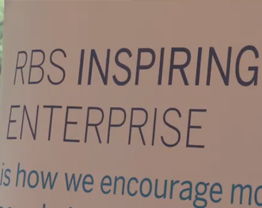 As part of the PR support for start-up incubator ESpark, Muckle Media was tasked with raising awareness of Opportunity Knocks, an event showcasing the alternative routes to business finance. The aim of the event was to encourage high-net worth individuals to attend the event and get behind start-ups. Opportunity Knocks would also provide press for other sponsors of the event, including RBS, Angels Den, Harper Macleod and Johnston Carmichael. Running alongside other ESpark PR activity, Muckle Media targeted national media and business press with Opportunity Knocks.

Following an initial press release calling for attendees to start conversations with media, momentum was built with a headline-grabbing figure closer to the event. This press release detailed Companies House records showing that the number of incorporations in Scotland was at an all-time high. With there being 27,602 incorporations in Scotland between April 2013 and March 2014, these figures fed into the message that schemes such as ESpark were encouraging large numbers of start-ups and could be helped by events such as Opportunity Knocks.

A number of opportunities were used to sell the event to the press, including announcements of new speakers such as BrewDog CEO Neil Simpson.