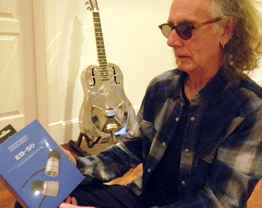 Musical Fidelity, a well-respected British Hi-Fi specialist, launched their first range of headphones, meeting the same standard as their other products, meaning the price was higher than the standard in-ear headphones available in the UK. Social media advocacy was a part of our overall strategy for Musical Fidelity.

Social media advocacy was an important part of Musical Fidelity’s campaign – targeting relevant celebrities who would endorse the brand and introduce it to a wider fan base. To do this, we utilised Twitter to contact celebrities, sending them headphones and tweeting them to ask if they were enjoying their new headphones. We sent headphones as Valentine’s Day and St David’s Day gifts to various celebrities. We also provided headphones for inclusion in goody bags at events and TV shows such as The British Soap Awards, Loose Women, The Classic BRIT Awards and the Capital FM Jingle Bell Ball which meant the product was landing with some of hottest acts in the world right now including One Direction, Pink, Cheryl Cole and The Wanted – this was negotiated by Muckle Media to be at no sponsorship cost to Musical Fidelity.