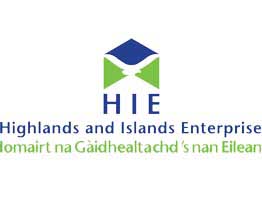 Muckle Media supported the events team at Highlands and Islands Enterprise (HIE) with PR and social media marketing during high-profile events in 2014. The challenge was to showcase the region as an ideal place to live, study and work, and encourage engagement with the target audience during events such as the Commonwealth Games and Ryder Cup.

We used twitter to engage with HIE’s followers by tweeting interesting facts about the Commonwealth Games and Ryder Cup, messages of support to competitors from the region, 50 reasons to work, study and live in the Highlands and Islands as well as a ‘Guess the Golf Course’ contest.

We developed the Events 2014 monthly newsletter which is distributed externally to HIE’s customers, account managed businesses and the general public. The Muckle Media team sourced all content and images for the newsletters and wrote compelling copy to engage with the reader. We also provided ideas to improve the Events 2014 page on HIE’s website to encourage visitors to read about all the events going on in the region.

The Muckle Media team drafted press releases for HIE’s exporter events and the cinema screenings of the Commonwealth Games opening and closing ceremonies which were taking place throughout the region. The team also developed case studies on local businesses which supplied products and services to the Commonwealth Games and Ryder Cup to use as success stories for the Highlands and Islands.

Tartan Tuesday, the first day of the Ryder Cup, provided us with the ideal platform to showcase local businesses selling tartan products and this gained media attention for HIE in local press.

Newsletter content and images were produced within two days of receiving the brief and the team also secured press coverage for HIE in The Times, The Herald, Press & Journal, Forres Gazette and BBC News Scotland.