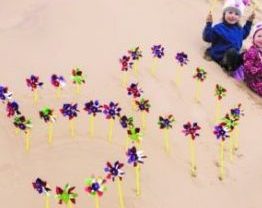 In November 2015, Highlands and Islands Enterprise (HIE) marked its 50th anniversary as the UK’s first economic development agency. HIE is the Scottish Government’s economic and community development agency for the north and west of Scotland. Its purpose is to generate sustainable economic growth across a diverse region that spans more than half of Scotland’s land mass.

Muckle Media was appointed to mark the anniversary by showcasing how HIE has helped create an economically vibrant, diverse and attractive region which is contributing to Scotland’s prosperity. The anniversary was also an opportunity to show how HIE is laying the foundations for a strong future by investing in businesses, sector growth, communities and infrastructure.

Muckle Media was appointed to conduct PR for the three month period around the anniversary on 1st November 2015.

Muckle Media adapted its approach for each media target:

International: Muckle Media identified that holding a media event in London would allow key representatives of HIE to meet London-based journalists at international media and tell the story of the economic development of the Highlands and Islands. HIE representatives including Alex Paterson, Chief Exec, Lorne Crerar, Chair of HIE, and Calum Davidson, Head of Energy, shared news and developments of businesses, communities and sectors in the region.

National: Muckle Media developed an initial press release to compare the Highlands and Islands from 1965 to 2015 and showed how HIE has helped make the region a desirable place to live, work and study.

Sector specific pitches were also conducted across energy, food and drink, life sciences, entrepreneurship, tourism, universities, business services and creative industries. Interviews with various heads of sectors and key businesses were offered alongside case studies which resulted in coverage on the growth within each sector and aims for the future.

Each community was asked to create a commemorative 50 out of materials which represent the area and the community spirit. 50s were created and photographed in an attractive location to generate a striking collection of regional images. Muckle Media researched the best locations and how to create the 50s before deciding on the following:

After deciding on the photography for each region based on what materials would provide the most striking images, feasibility of the best locations and community group availability, Muckle Media set about organising logistics.

For example, Muckle Media worked with the Harris Tweed Authority to create a 50 wrapped in the material before being displayed at Barpa Langass on North Uist. Using such an iconic material which was instantly recognisable provided strong imagery for the region.

It was also important to convey the various growth sectors that HIE represents. For example, in Moray, the energy sector was conveyed using toy windmills which were made into a 50 shape on Findhorn Beach by local children.

Getting community groups and local people involved was an important part of the campaign as it engaged them further with HIE and the work it is doing.

Each region’s photographs were provided to local media with a 50th anniversary press release detailing highlights of how the region has grown over the last 50 years.

The images were also used across a wide range of other platforms including social media, websites and were blown up into large prints and displayed at a series of parliamentary receptions in Holyrood, Westminster and Brussels.

Total reach of coverage secured over the three month project was 3,411,457. The 50th anniversary campaign also built relationships with HIE representatives and key media, with journalists from the likes of The Economist and Director staying in touch to get information for further features after the anniversary.