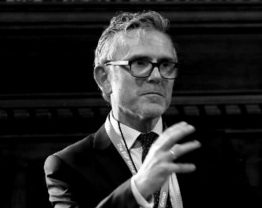 Muckle Media has been working with ESP Group since October 2014 to provide PR, marketing and social media support around company news, updates, awards and creative marketing to secure its position as a thought leader on the future of transport and mobility.

ESP Group had planned a stakeholder event at Westminster on the 29th June 2016. MPs and senior figures from across the transport sector in the UK were set to attend. This was the first time that ESP Group had planned such an event and it was a statement of its success and rapid growth over the last three years. In order to effectively engage with stakeholders attending the event and to give ESP Group compelling content to start conversations with existing and new customers, as well as political and media audiences, ESP Group sought advice from Muckle Media.

Muckle Media came up with the Easy Travel Index. The idea was to create a platform to enable an annual look at mobility trends in the UK. Using a core set of questions asked of the British public each year, it would allow benchmarking and therefore talking points on progress made and ongoing challenges faced.

Content would demonstrate that ESP Group understands current and future challenges in mobility in the UK as well as interesting data that would capture the attention of media, engage attendees and provide an ongoing source for talking points for multiple stakeholders.

In addition to establishing an annual think piece from ESP Group, the Easy Travel Index would also neatly link ESP Group’s stated mission – to make life simple and provide the company with valuable data to share with key stakeholders, such as transport operators and local authorities to influence service development and provision, and position ESP Group as a solution provider.

Muckle Media developed questions which explored the forms of transport people in each city use most frequently, ranked the ease of travel out of 10 and looked at the future of transport, such as how likely people thought driverless car travel would be in the next 10 years.

Muckle Media commissioned a research company to carry out the survey and analysed the results to identify the most compelling results for national and local media. A national press release was created which detailed the easiest and most difficult UK cities to travel in, national attitudes to public transport and use of the car, identified what people worry about most when travelling and analysed the difference in attitudes between younger and older generations. Muckle Media then analysed the results in the 33 surveyed cities to unearth the most compelling statistics in each before selling the story into media with coverage to appear following the Westminster event.

The survey results led to widespread media coverage following a successful Westminster event attended by MPs and senior figures from the transport industry who engaged in lively discussions around the data.