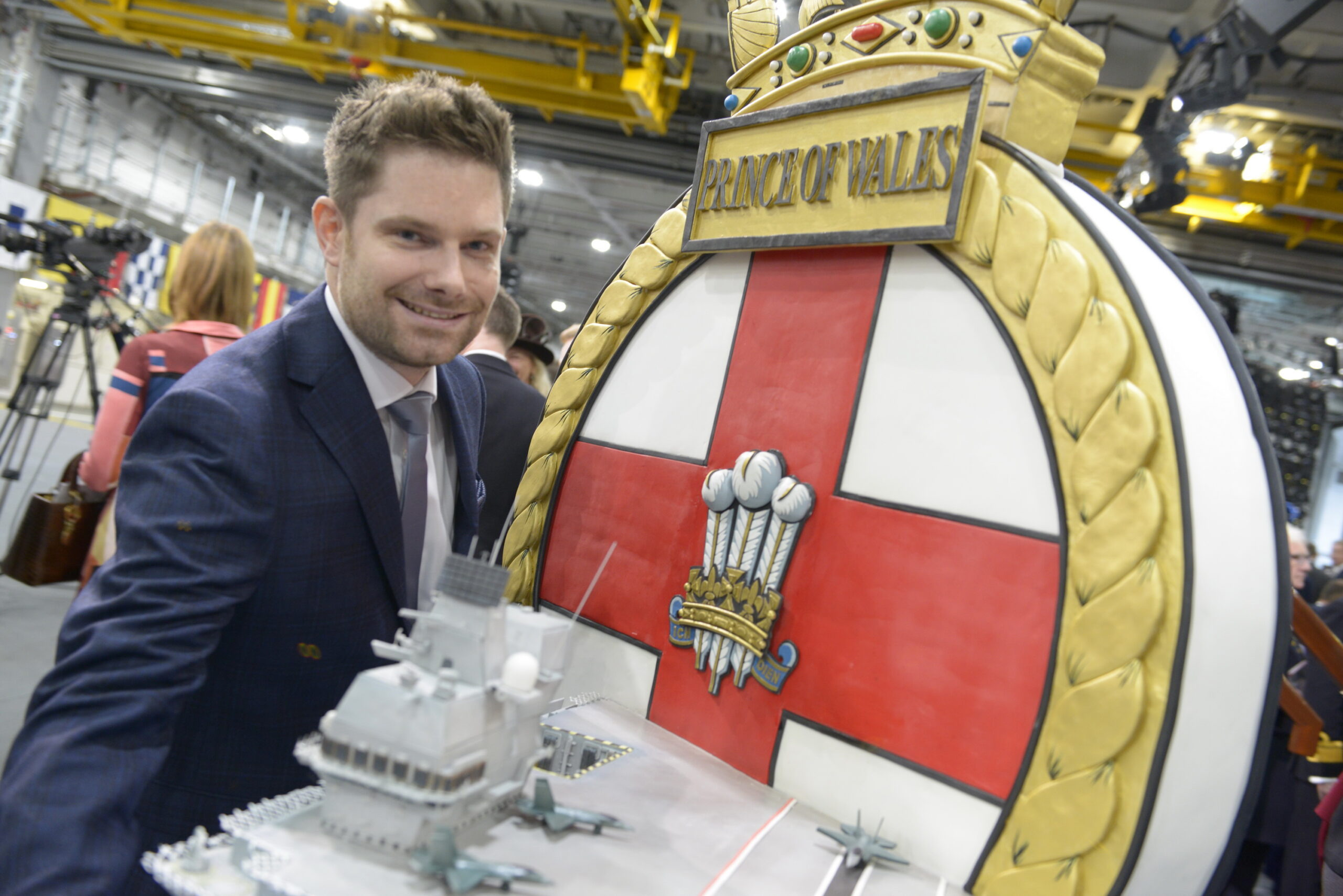 Muckle Media supported 3D Cakes through PR and media relations around their royal commission to create a giant replica of the HMS Prince of Wales in cake form.

Muckle Media was briefed by 3D Cakes just days before the commission was to be revealed, with a variety of restrictions around what could be done with media, due to the royal connection, and where the cake was being presented to HRH The Prince of Wales.

Muckle Media created a feature pitch which highlighted 3D Cakes’ royal credentials, having previously created a replica cake of HMS Queen Elizabeth two years prior. Muckle sold in the release to media under embargo, pitching interview opportunities with 3D Cakes founder, David. Highlighting the unique nature of the cake, Muckle Media incorporated interesting and fun facts including the fact that the cake took over 300 hours to make and contained around 190 eggs.​​

Following the presentation of the cake to HRH The Prince of Wales, Muckle Media pitched further interview and feature opportunities with David. In order to ensure media-worthy imagery Muckle Media arranged for a press photographer to attend the presentation, with appropriate security clearance, providing imagery which could be shared far and wide with media.​​

Muckle Media also supported 3D Cakes with the creation of social media content to support broadcast interview opportunities and publicise the commission to a digital audience.

With a focus on broadcast, Muckle Media secured an interview segment for David on BBC Breakfast as well as coverage in the Daily Express and the Daily Star.  ​​

Muckle Media worked closely with the production team at BBC Breakfast to secure a multi-layered opportunity for 3D Cakes. This included a cake created by 3D Cakes to represent the studio, complete with figurines of Dan and Louise, which was used as the opening shot for the segment. ​

David participated in the on-air interview with BBC Breakfast before working closely with the digital team at BBC to create content for the BBC social media channels. The content was then shared widely on the BBC social channels and resulted in strong conversation online. ​​